North Weld County Water District (NWCWD) has been serving its customers in northern Weld and eastern Larimer counties since 1962. It was in this year that a group of far sighted farmers knew that they needed a better source of domestic water, not only for their homes, but also for their livestock operations. From their numerous meetings, the idea emerged that would eventually be the beginning of NWCWD. 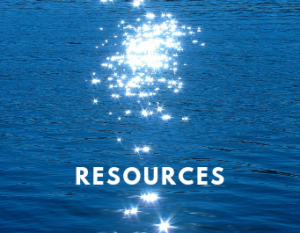 Latest News from the Board of Directors

Preliminary Judge’s Abstract of Votes for the May 3, 2022 election for the North Weld County Water District.  The count will be completed on May 11, 2022.  Please note that the results are not final until the Canvass Board has met and certified the Election END_OF_DOCUMENT_TOKEN_TO_BE_REPLACED

TAP CAP LIFTED, RESTRICTIONS STILL IN PLACE North Weld County Water District no longer has a cap on the number of taps allowed to sell per year but restrictions are still in place regarding zones and new development. TAPS SALES The District is only selling END_OF_DOCUMENT_TOKEN_TO_BE_REPLACED

North Weld County Water District will activate your non-potable (irrigation) meter  for the irrigation season between May 16th and May 20th.   You MUST have your irrigation system ready for activation by the 16th. All meters should be ready for use on the 20th.    END_OF_DOCUMENT_TOKEN_TO_BE_REPLACED

Dig and Excavate Safely - Call Before You Dig!

Before moving dirt in any way, call the Utility Notification Center of Colorado. UNCC will contact all utility companies located in the area to locate and mark their underground utilities. This service is offered at no charge to you. Learn more

Call 811 at least three working days before you dig.

Click or tap here to find out detailed instructions on how to pay your bill.

Find out details about Rates & Fees. Click or tap the button below.

The District is committed to safety and providing water service throughout this potentially critical time. We are requesting that personal interactions be reduced - please pay your bill over the phone or web, contact us for tap sales, and submit applications via email. We are available via phone or email at water@nwcwd.org. We appreciate your cooperation and will provide operational updates if needed.
+ +